“Warner Bros. Home Entertainment provided me with a free copy of the DVD I am reviewing in this post. However, the opinions I share are my own.”
Quench Your Thirst For Great Drama With The Blu-ray Including Digital HD and DVD
Contains All 22 Episodes From The Seventh Season Plus the 2015 Comic-Con Panel, a Never-Before-Seen Featurette, Deleted Scenes and a Gag Reel
Starring
Paul Wesley as Stefan Salvatore
Ian Somerhalder as Damon Salvatore
Kat Graham as Bonnie Bennett
Candice King as Caroline Forbes
Zach Roerig as Matt Donovan
Matt Davis as Alaric Saltzman
Michael Malarkey as Enzo St. John
BURBANK, CA (May 25, 2016) – Put the drama on fast-forward with another season of epic thrills and romance as Warner Bros. Home Entertainment released The Vampire Diaries: The Complete Seventh Season on Blu-ray and DVD on August 16, 2016. Fans can devour all 22 one-hour episodes from season seven and feast on an hour of gripping extras — including a brand-new featurette, the 2015 Comic-Con panel, deleted scenes, and a gag reel.
The Vampire Diaries: The Complete Seventh Season is priced to own on DVD, Blu-ray, and Digital HD.
In season seven, after saying an emotional goodbye to Elena Gilbert, some characters will recover while others falter.  As Damon and Stefan’s mother, Lily (guest star Annie Wersching – 24, Bosch), tries to drive a wedge between the Salvatore brothers, hope remains that Stefan and Caroline’s love story is tough enough to survive. Damon will do whatever it takes to take down his mother and her band of Heretics, and when Bonnie and Enzo both try to decide where their loyalties lie, a surprising relationship will evolve. Plus, with Mystic Falls in disarray and the arrival of the Heretics — who are set on retaliation and mayhem — the suspense will be stronger than ever. Guest stars this season also include Todd Lasance (Spartacus: War of the Damned), Elizabeth Blackmore (Evil Dead), Scarlett Byrne (Harry Potter films), Teressa Liane (Into the Badlands), Leslie-Ann Huff (The Originals) and others.
With Blu-ray’s unsurpassed picture and sound, The Vampire Diaries: The Complete Seventh Season Blu-ray release will include 1080p Full HD Video with DTS-HD Master Audio for English 5.1. The 3-disc Blu-ray will feature a Hi-definition Blu-ray, and a Digital HD copy of all 22 episodes from season seven.
The Vampire Diaries: The Complete Seventh Season stars Paul Wesley (Fallen, Everwood), Ian Somerhalder (Lost), Kat Graham (17 Again, Honey 2), Candice King (Dating Rules from My Future Self, Supernatural), Zach Roerig (Friday Night Lights), Matt Davis (Damages, Blue Crush) and Michael Malarkey (Raw). Based on the series of books by L.J. Smith, The Vampire Diaries is from Bonanza Productions Inc., Outerbanks Entertainment and Alloy Entertainment in association with Warner Bros. Television and CBS Television Studios. The executive producers are Kevin Williamson (The Following, Scream, Dawson’s Creek), Julie Plec (The Originals, Kyle XY), Leslie Morgenstein (Pretty Little Liars, The Originals, Gossip Girl) and Caroline Dries (Melrose Place, Smallville). Developed by Williamson and Plec, the show has received numerous awards, including six consecutive Teen Choice Awards for Choice TV Show: Fantasy/Sci-Fi.
SPECIAL FEATURES
·        The Vampire Diaries: 2015 Comic-Con Panel
·        Featurette “Directing Vampires”: Behind the scenes with Ian Somerhalder and Paul Wesley, as they answer Twitter questions and explain the process of directing episodes of The Vampire Diaries.
·        Deleted Scenes
·        Gag Reel

1.    Day One of Twenty-Two Thousand, Give or Take
2.    Never Let Me Go
3.    Age of Innocence
4.    I Carry Your Heart with Me
5.    Live Through This
6.    Best Served Cold
7.    Mommie Dearest
8.    Hold Me, Thrill Me, Kiss Me, Kill Me
9.    Cold as Ice
10. Hell Is Other People
11. Things We Lost in the Fire
12. Postcards from the Edge
13. This Woman’s Work
14. Moonlight on the Bayou
15. I Would For You
16. Days of Future Past
17. I Went to the Woods
18. One Way or Another
19. Somebody That I Used to Know
20. Kill ‘Em All
21. Requiem for a Dream
22. Gods & Monsters
DIGITAL HD
The Vampire Diaries: The Complete Seventh Season  is also currently available to own on Digital HD. Digital HD allows consumers to instantly stream and download all episodes to watch anywhere and anytime on their favorite devices.  Digital HD is available from various digital retailers including Amazon Video, CinemaNow, iTunes, PlayStation, Vudu, Xbox and others. A Digital HD copy is also included with the purchase of specially marked Blu-ray discs for redemption and cloud storage through participating UltraViolet retail services including CinemaNow, Vudu and Flixster Video.
BASICS
Street Date: August 16, 2016
Running Time: Feature: Approx 968 min
Enhanced Content: approx 60 min

Thoughts About the Vampire Diaries:
For years I read Amanda Ashley’s series about vampires so when I had the opportunity to watch this series for me it was like everything that I loved about those books had come to life. Now that we are in season seven it was no surprise that I had to go read the series of books by L. J. Smith that this series was based on. Often I find that movies, shows, etc do not do an author’s work justice but this series is one of the few that has not only done her work justice but has built upon and enhanced it. This season doesn’t disappoint. Even with Elena missing this season has all the twists and turns that we have come to expect from this very talented and sexy cast. If you haven’t watched it yet, it’s time to binge watch before season eight begins. Rumor has it that this may be the final season. Please say it isn’t so!

Your Thoughts💭 & Questions❓ Are Important To Us. They Help Us Grow.🌱 Thanks For Leaving a Comment TODAY❗ Cancel reply

At Sweet Southern Savings, we enjoy our work because we love what we do. We’re obsessively passionate about saving money, and our mission is to help people do it. We are dedicated to bringing our readers the best giveaways, deals, freebies, and news available. We hope that our passion and love inspire you. 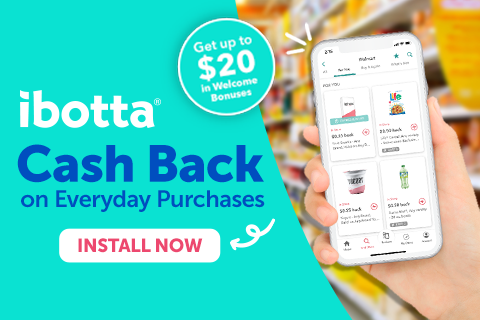 This blog receives products or services for free to facilitate the writing of reviews. This blog also contains “sponsored posts.” This means that company who sponsored it compensated me via a cash payment, gift, or something else of value to write it. Some of the links on this blog are affiliate links.* Regardless, I only recommend products or services I use personally and believe will add value to my readers. I am disclosing this in accordance with the Federal Trade Commission’s 16 CFR, Part 255: “Guides Concerning the Use of Endorsements and Testimonials in Advertising.”
*The owner of this website is a participant in affiliate advertising programs that are designed to provide a means for sites to earn advertising fees by advertising and linking to their properties. If you click on one of these affiliate links I may receive a small commission, at no cost to you, to run this blog. I am affiliated with Commission Junction, ShareASale, LinkShare, and other similar sites as a Marketing Affiliate and I do receive compensation for sales generated through my personal promotions.